After an informal 2020 Fall edition postponed by pandemic uncertainties, this year’s Sancho 200 was a welcoming revival that brought a competitive wave of athletes.

One of 5 ultra-distance events in the Michigan Gravel Race Series (MGRS), the Sancho 200 is a late Spring gravel bike race that offers a fair share of challenges, including 7.7k feet of elevation gain and a multitude of mixed-terrain riding. 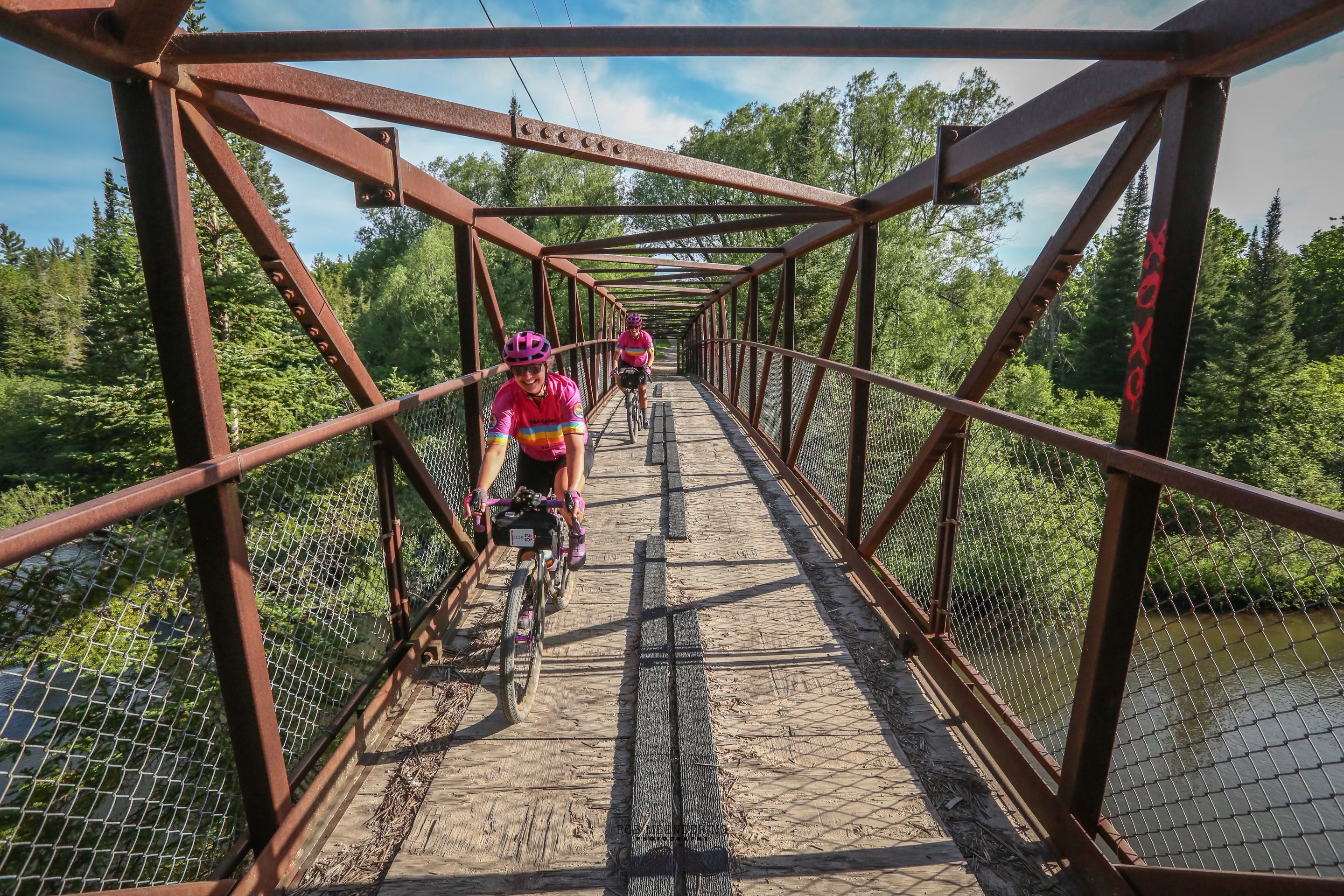 Mother nature made the 2021 race no easy affair, as mid-afternoon temperatures exceeded 90 degrees and wind gusts reached over 30 mph. Any relief of cloud cover was few and far between as athletes navigated the expansive, self-supported course.

Heated conditions combined with heated competition made a race for the books, resulting in a 60% DNF rate and yet one of the most impressive displays of top finisher times in Sancho 200 history.

It was anyone’s race going into the 2021 event. Among those who lined up were some of the Midwest’s most highly-regarded cyclists, including four previous Sancho 200 champions and a handful of notable first-timers. 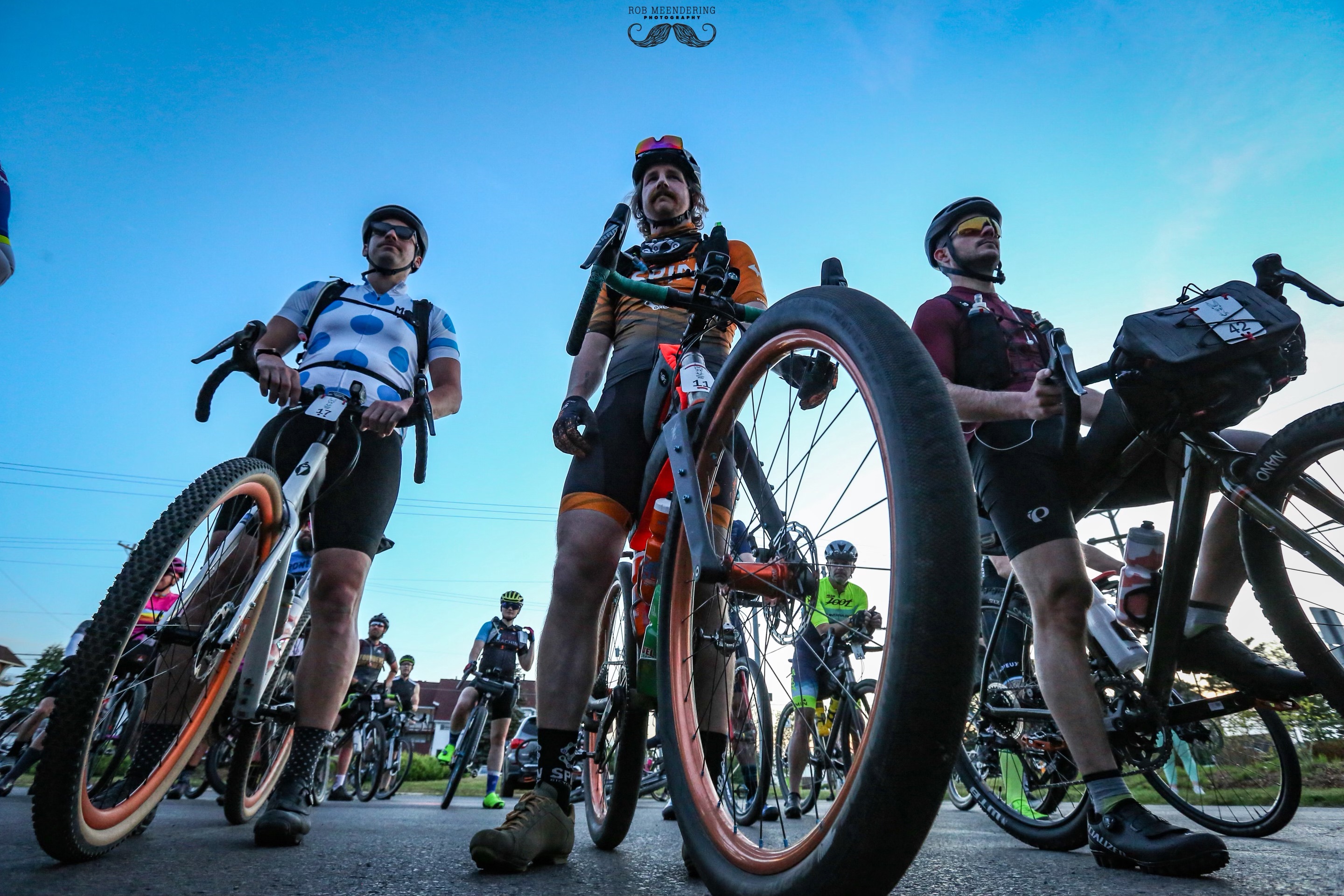 First-timers on high watch were Jörn Torsten Zimmerling and Connor Kamm, racing for 3T / Q+M, and the current MGRS leader Jared Dunham, a 22-year-old athlete riding for Athletic Mentors. Other contenders in the mix were Zeno Molteni of Plus One Cycling, Edward Rogers and Canyon Harris of Bearclaw Bicycle Co., and Adam Hockley of Ann Arbor Velo Club.

All Business After Bunker Hill

It was a casual start as the field enjoyed a short-lived tailwind heading northbound alongside the Grand Traverse Bay. After the eastbound turn onto Bunker Hill, it was go-time as athletes dialed into race mode. A 12-pack of frontrunners stayed together for the way for the first ten miles as athletes passed through Williamsburg heading southbound.

The group began to thin as athletes entered the infamous sandy section of Muncie Lake Road. At mile 14 amidst the most difficult terrain between Brown Bridge and Scharem roads, an attacking trio lead by Jason Lowetz, Edward Rogers, and Craig Webb separated itself from the rest of the pack, averaging a swift 18.4mph for the first 25 miles.

By the start of the southbound gravel stretch toward Manton, the front group stayed out of sight and extended their lead. At the 50-mile marker, Lowetz, Rogers, and Webb grew a 7-minute lead on the chase group, passing the first aid station in 2 hours, 45 minutes. 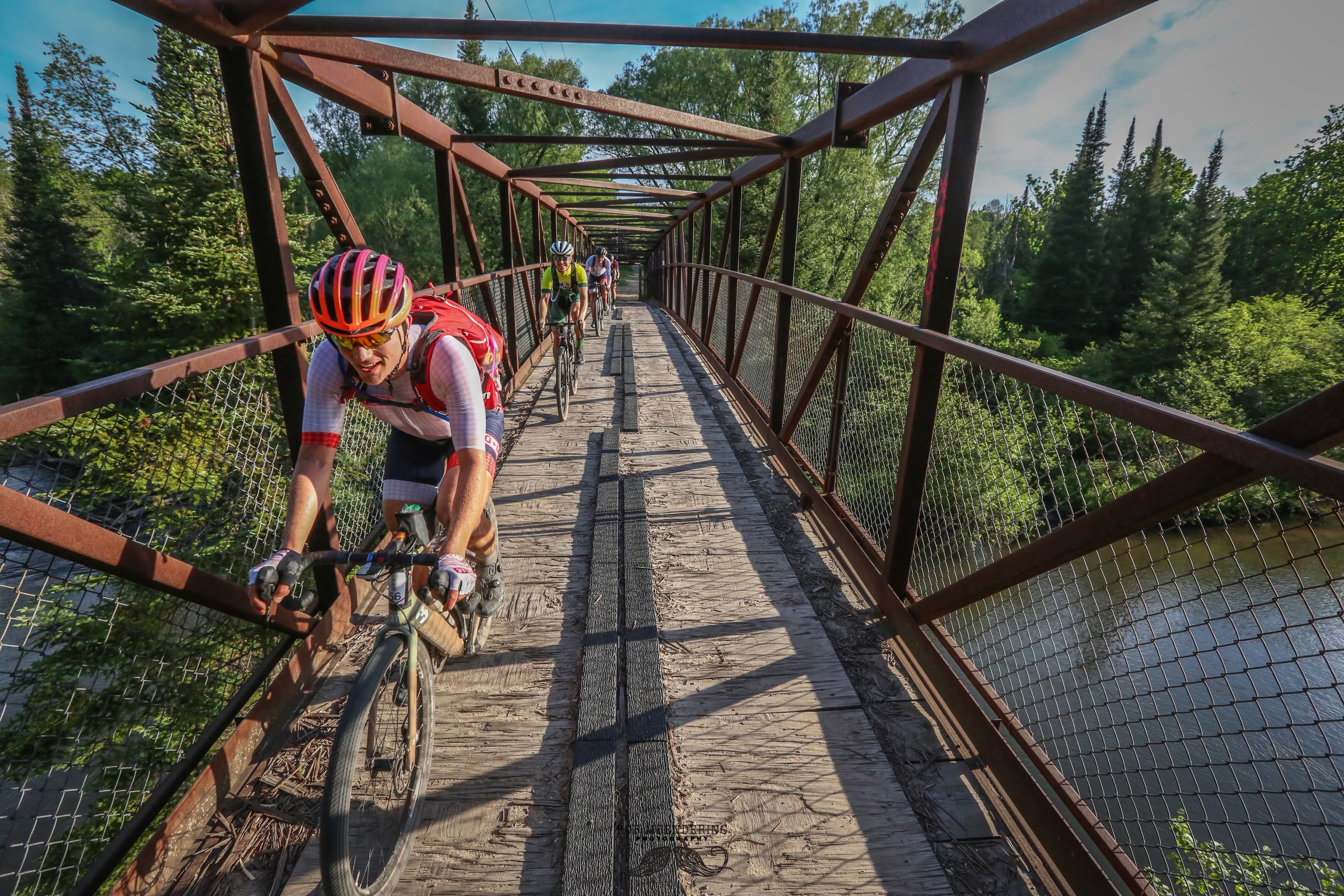 About 33 miles into the race, the chase group crosses the Manistee River just north of Manton.

Stanko of Ann Arbor Cycling Club trailed closely behind alongside 3T / Q+M’s Zimmerling and Kamm. Also within striking just 10 minutes behind the leaders were Zeno Molteni and Adam Hockley.

Jill Martindale of Salsa Cycles was the first woman to reach the 50-mile marker in 3 hours, 38 minutes. Tracy Berman remained hot on her tail just one minute back. T&A Cycles’ Angela Loiselle and Tammy Warner rolled through 28-minutes behind Martindale.

It was 9 AM, and the temperature quickly climbed over 80 degrees. As the leaders continued to push the pace, athletes started dropping off and a slew of DNF’s began.

Among those who called it a day was 2018 Sancho co-champs Webb and Andriese. This left Team Bearclaw Bicycle Co.’s Lowetz and Rogers at the front of the group as they entered Wolf Lake nearing the halfway point. 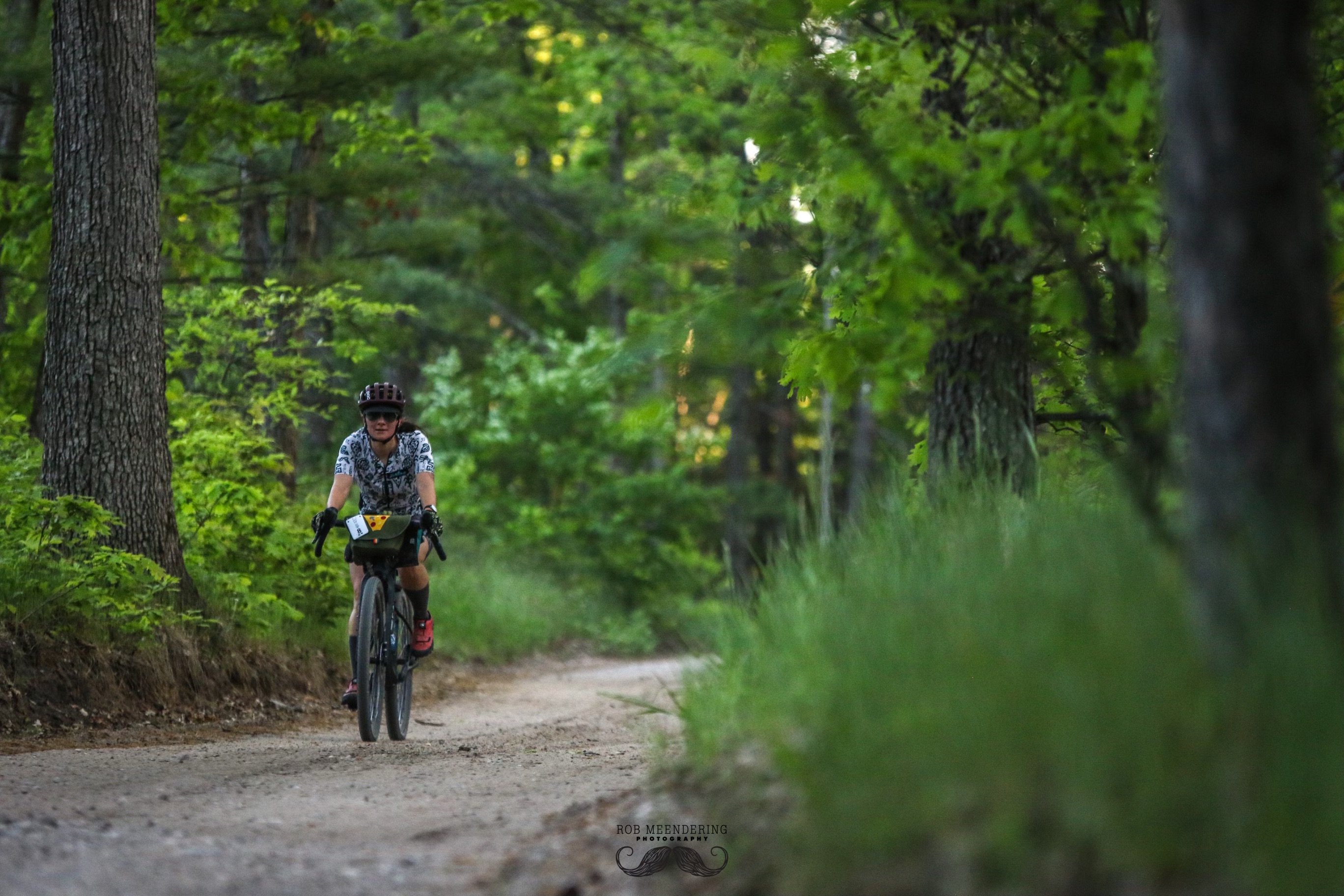 Jill Martindale held the lead until Tracey Berman caught up with her shortly after the 50-mile aid station.

As racers entered the stunning Manistee National Forest somewhere near the small town of Boon, Tracey Berman overtook Martindale to capture the lead in the women’s field. By the 98-mile marker, Tracy Berman extended her lead by 22 minutes.

21-year-old Rogers and Sancho veteran Lowetz set the tone as they took turns pulling until they reached the 98-mile marker at 5 hours, 25 minutes – a time on track for a course FKT and potentially sub-11-hour finish. 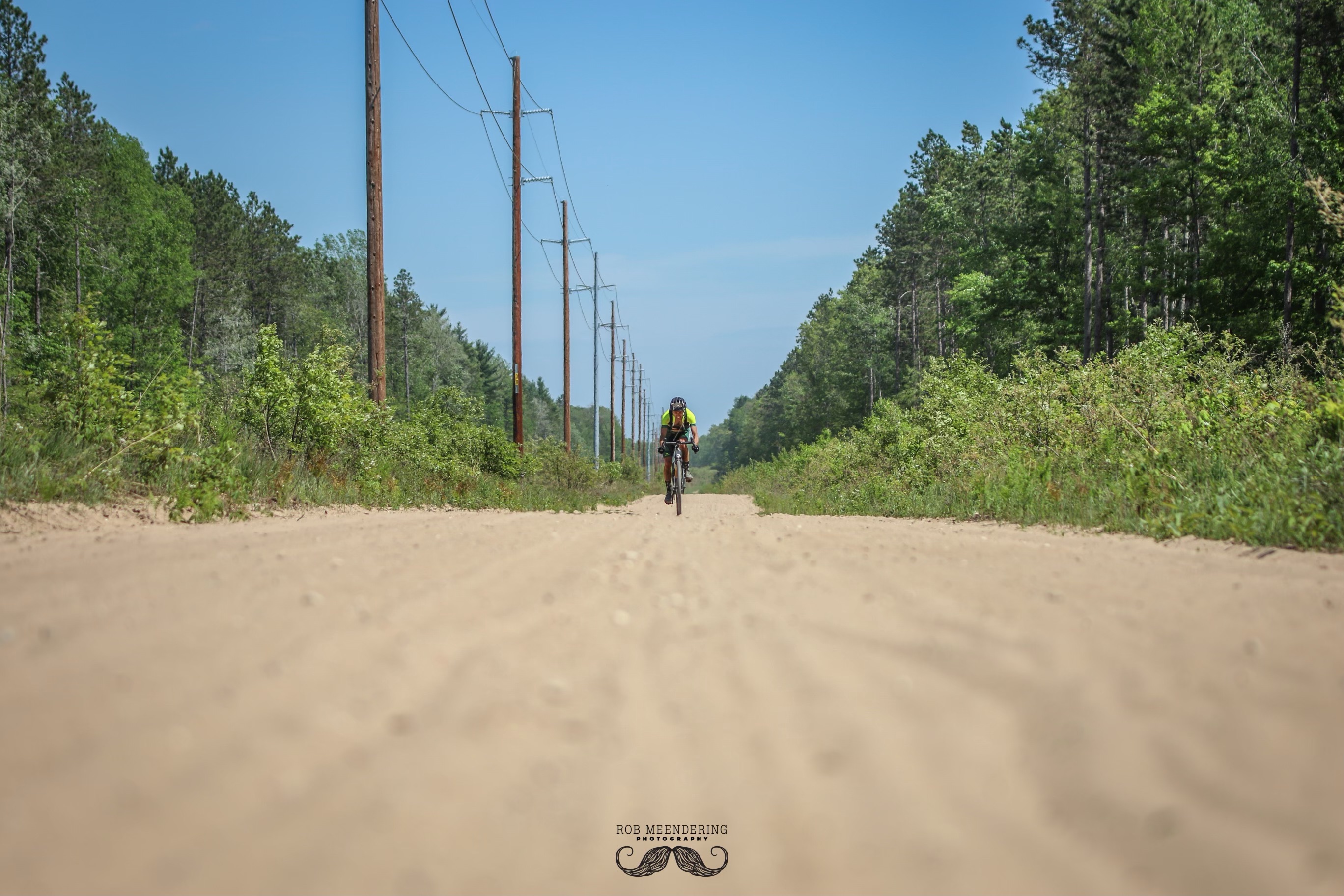 Mother nature thought otherwise as southwesterly gusts pushed on throughout the afternoon.

A thickly tree-lined course helped mitigate some of the headwinds, but a scarcity of shade provided minimal relief as athletes chased any bit of cover they could find.

3T / Q+M partners Zimmerling and Kamm reached the 98-mile marker 15 minutes behind Team BBCo. Zeno and Hockley followed at 30 minutes behind the leaders. With increasingly difficult conditions and a century level of racing, it was still anyone’s game.

Things Get Toasty and Turnt

By 2 PM, the temperature averaged a scorching 88-degrees across the Sancho 200 course, and wind gusts raged between 30-40mph.

Most racers had reached the halfway point. But it was between that aid station and the 150-mile mark when over 40% of the field dropped out.

The heat started getting to the lead duo somewhere around mile 120 and over six hours of high-wattage racing. The struggle became real as Rogers, needing some time to recoup, sent Lowetz off on his Thunderhawk. 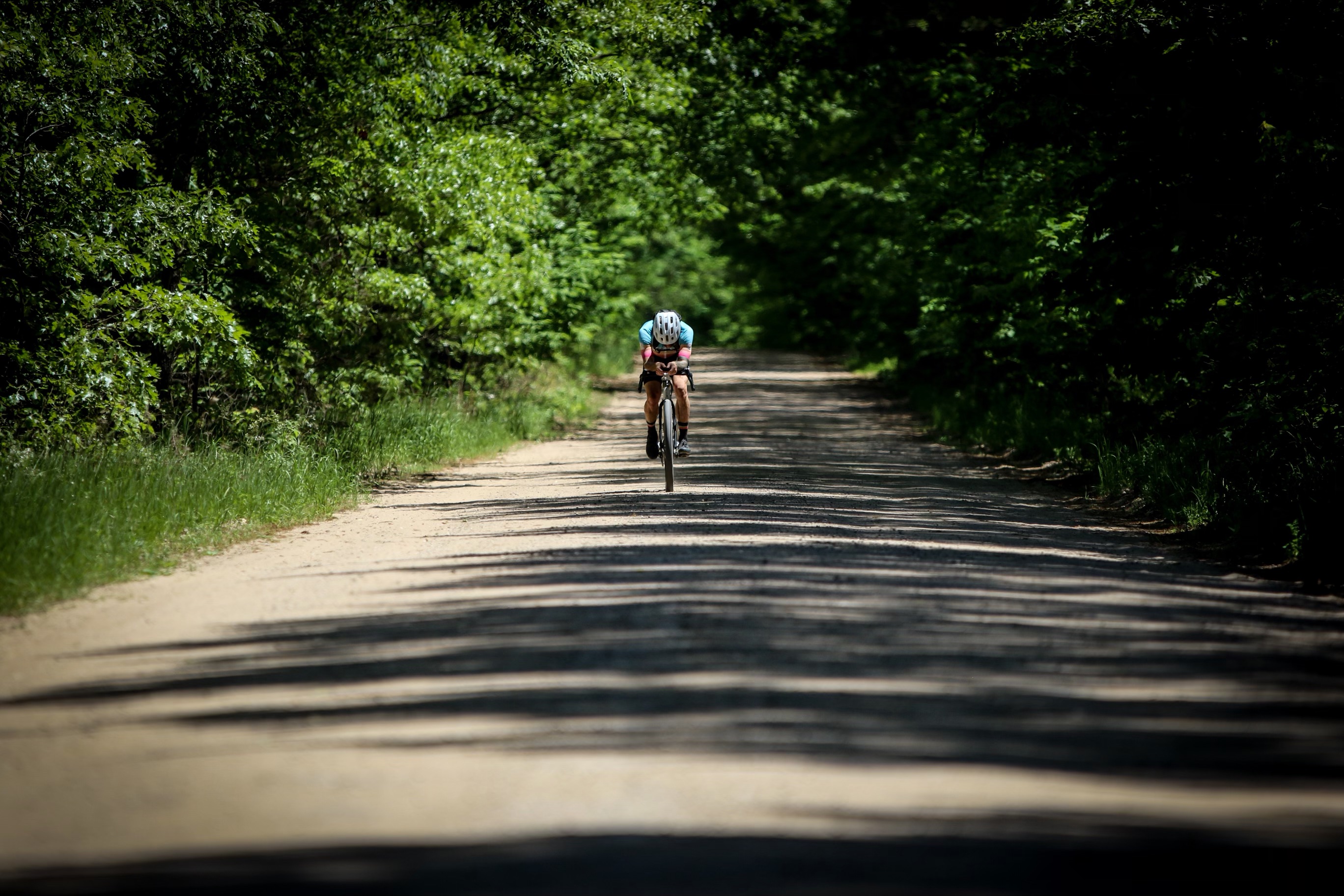 Somewhere near the 130-mile mark of the race, Jason Lowetz separates himself from the field.

Soon after, just before the 150-mile aid station, chasers Zimmerling and Kamm caught Rogers. The 3T / Q+M duo entered the aid station at 9 hours for a brief resupply before Kamm put in a solo hard effort to catch race leader Lowetz.

Berman maintained her lead in the women’s field, reaching the 150-mile marker at 11 hours, 52 minutes, and widening her lead by over an hour. Martindale reached the last aid station, but at the 180-mile mark, chose to pull out from the race due to some gnarly nausea symptoms (a common theme across many of the athletes enduring the hot conditions).

Despite a valiant chase by Kamm, BBCo.’s Jason Lowetz maintained pace and composure to cross the Sanco 200 finish line first in a time of 11 hours, 28 minutes, a new course record, and overall FKT.

Kamm, who gained 10 minutes with an impressive 2:50 split in the final 50 miles, finished second place with a time of 11 hours, 51 minutes. Team partner Zimmerling rounded out the podium for third place in 12 hours, 7 minutes. 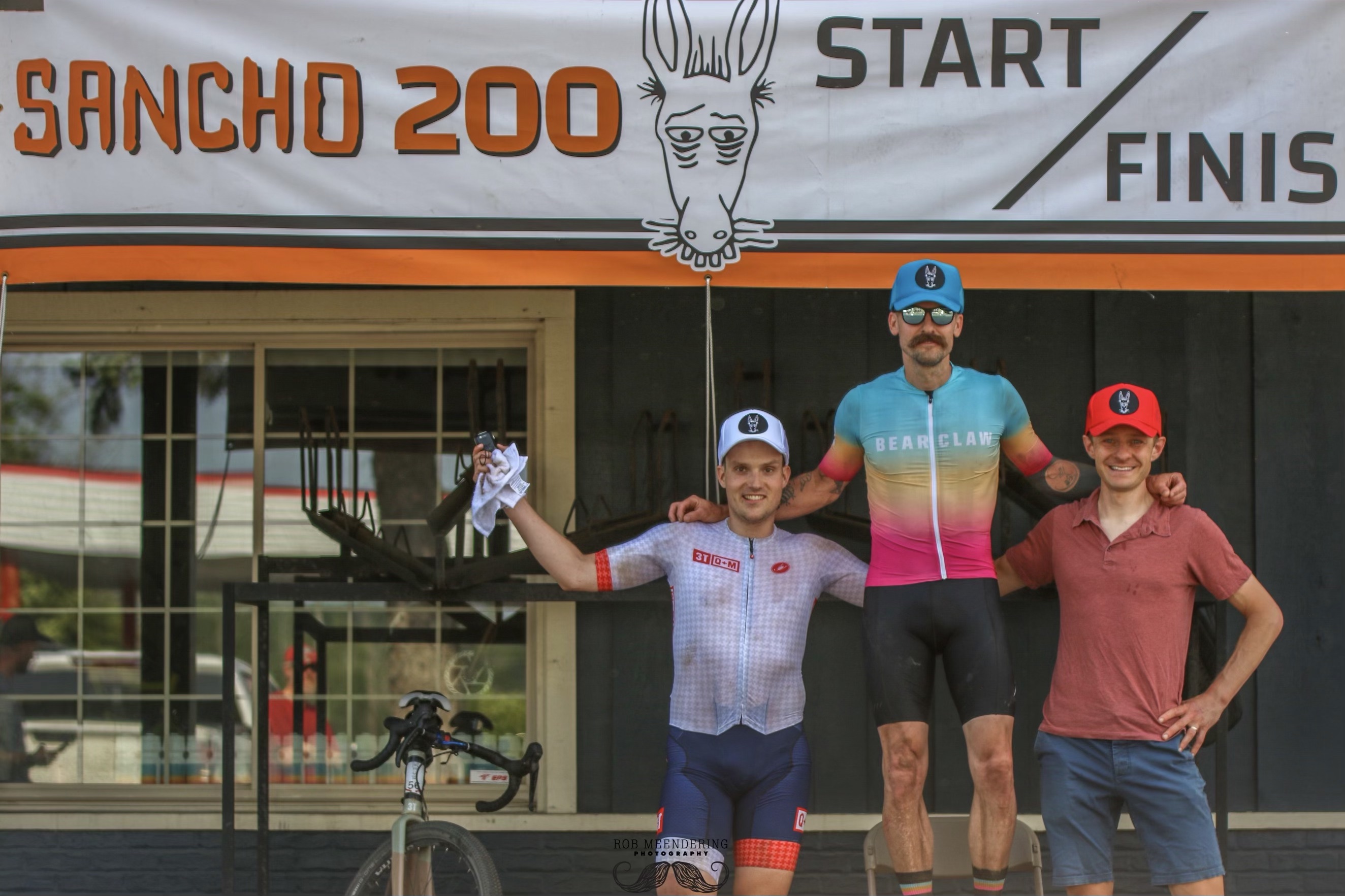 Zeno Molteni, who raced solid and consistent throughout, overtook Rogers with about 40 miles to go. But Rogers’ strong climbing ability and speed through the sand enabled him to surge back and catch Zeno in the final miles of the race. They shared the fourth and fifth place slots finishing together in 12 hours, 31 minutes.

Berman, who was the only female to finish this year’s scorching Sancho 200, completed the race in 15 hours, 57 minutes. This was Berman’s third time completing the challenging course. 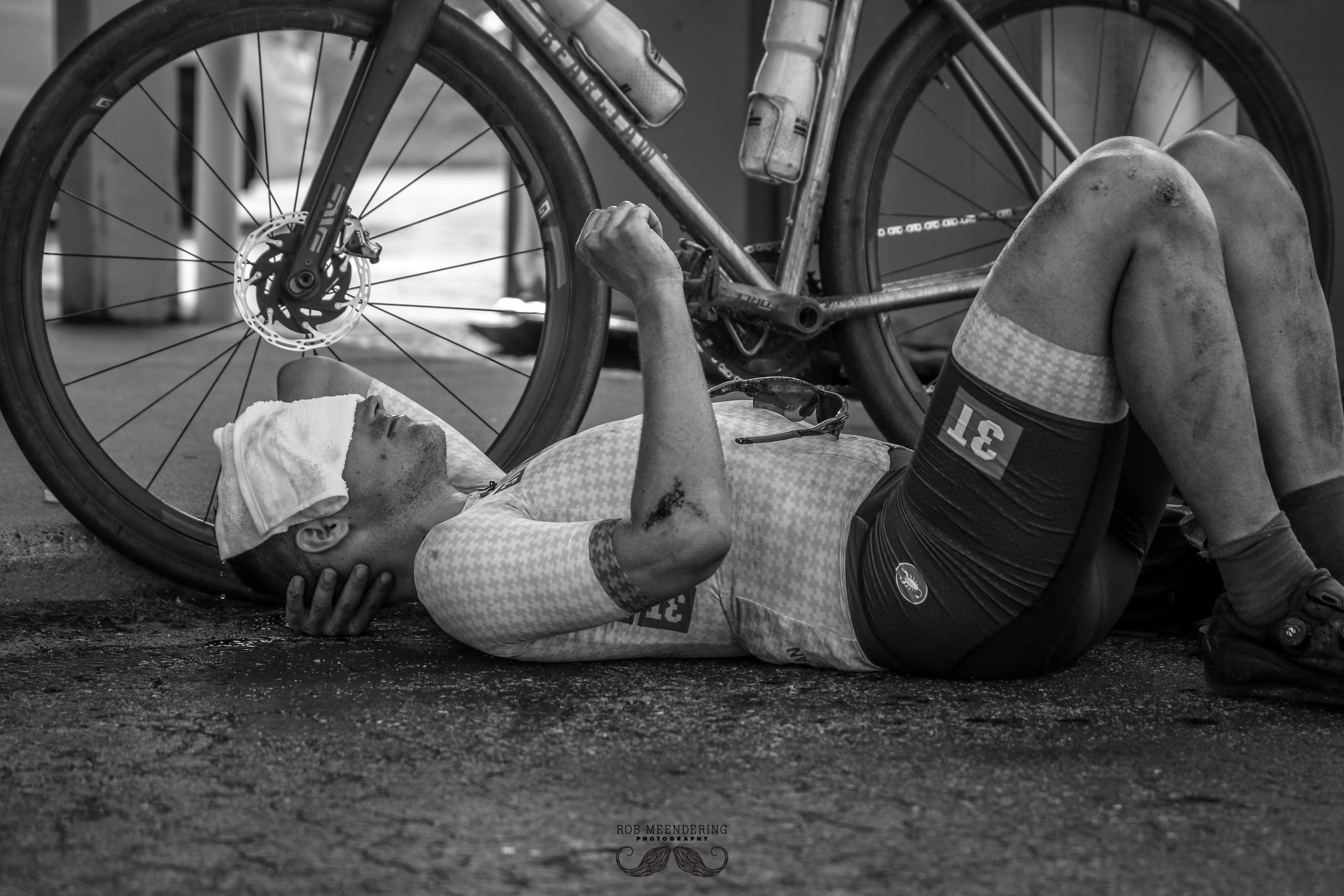 While it’s uncertain what the future of the Sancho 200 will look like in 2022, the crew behind the race has a few alternative ideas in mind. The northern lower peninsula of Michigan is ripe for new and greater gravel routes and ultra events of long distances. And while the Sancho 200 course will always remain accessible, next year’s race might take a turn in a different direction (perhaps north?) See our new Michigan gravel bike race, the Upper Peninsula’s Moran 166.

Special thanks to Rob Meendering for the stunning photography, race sponsor Bearclaw Bicycle Co. and Chet Bearclaw for his never-ending inspiration, guidance, and support. #praisechet